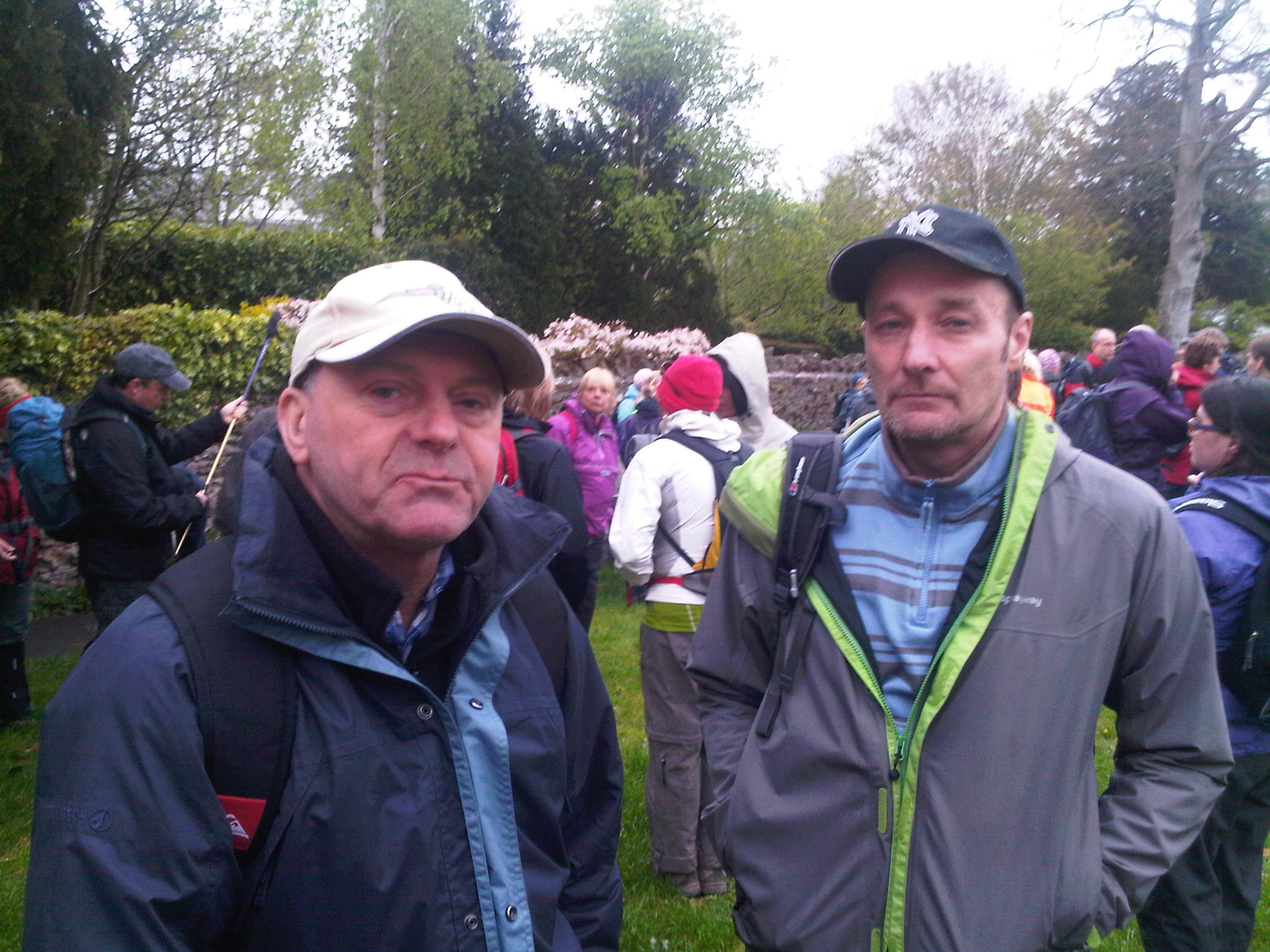 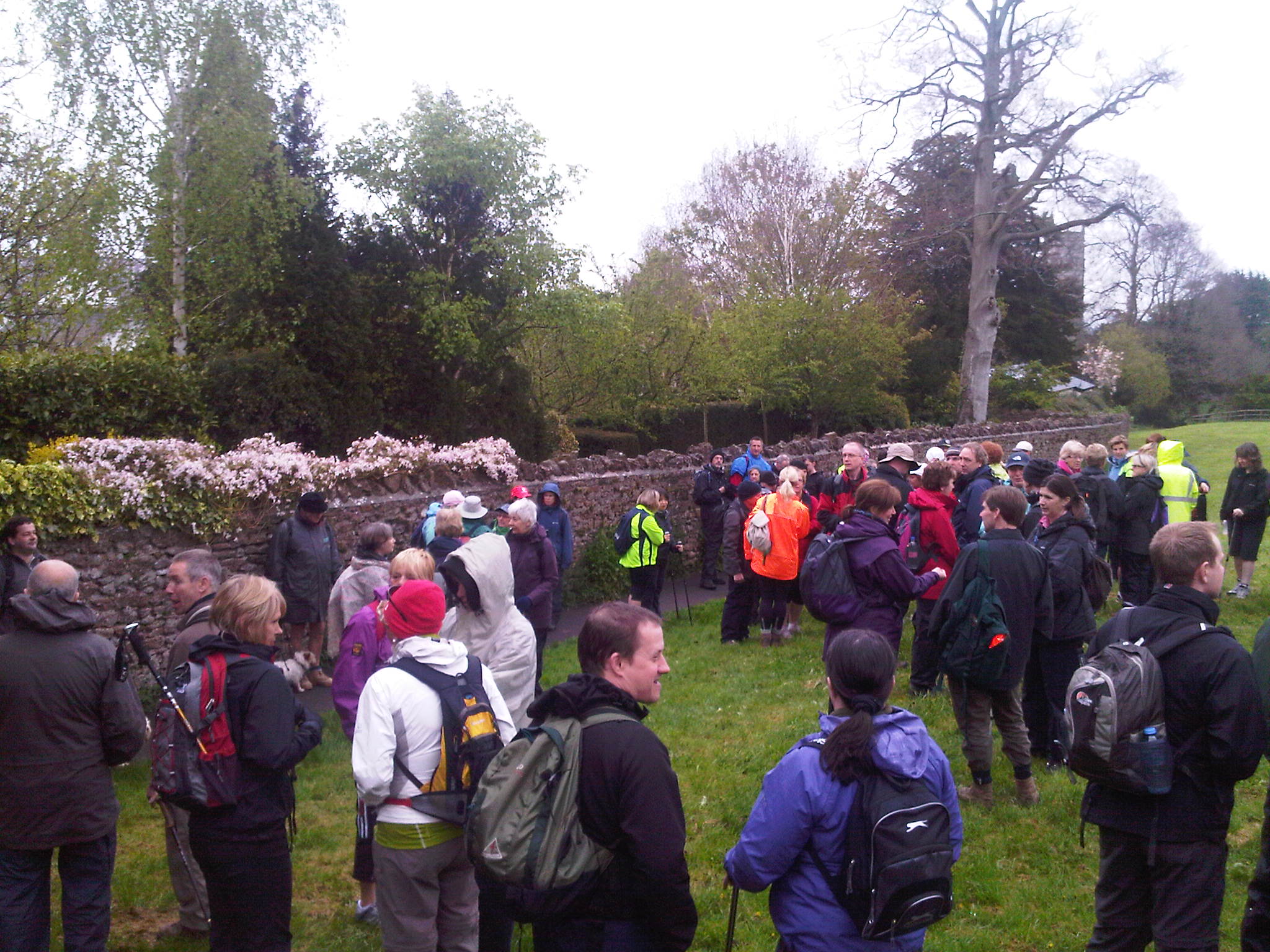 Today saw Tommo, Steve and myself take part in Mission Mendip. This is an organised annual event which takes place on the Mendip hills and surrounding area, and comes in a choice of two routes. 18 miles or 14 miles. We chose the 18 miler.

I woke at 5am to the sound of wind and rain on the window pane, got up, cooked up breakfast and set off to meet Tommo and Steve. It was a short drive to Blagdon, where we bagged a space to park at the bottom of the hill. We then wandered to the Baptist Church to sign in and wake up properly with a cup of coffee. The walk didn’t start until 9am so we had an hour to kill. So standing around we talked about the rain and tried to work out if the person over there was a man or a woman. It soon became apparent that Tommo wasn’t on his lead and had wandered off. Steve and I half expected to find him asleep in a corner later, but after a few minutes he returned looking pleased as punch that he’d bought himself a can of cider and a “chocolate pasty” from  the shop next door.

At five minutes to nine Tommo, Steve, myself and the 137 others who’d decided this was a good idea headed out into the drizzle for a brief send off from the chaplain. Our plan was simple, start at the back, finish at the back.