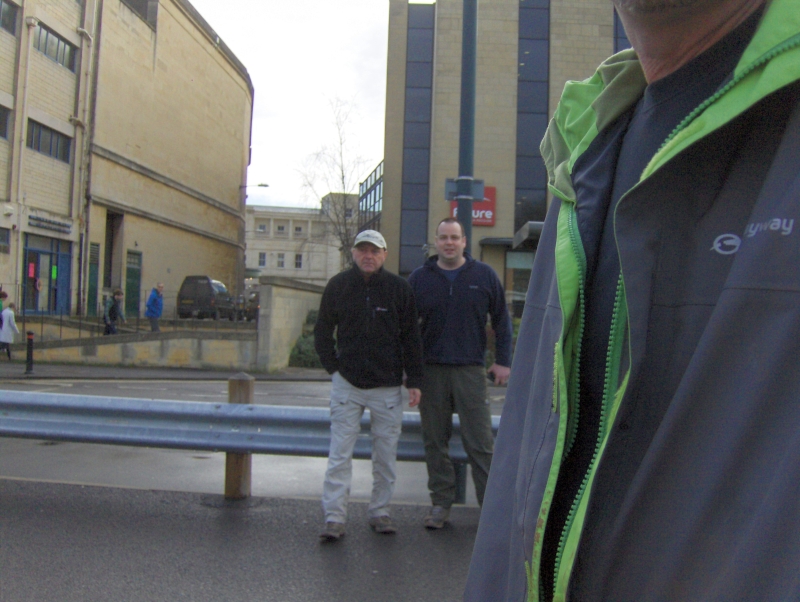 Not Quite Managed The Art of The Self Timer 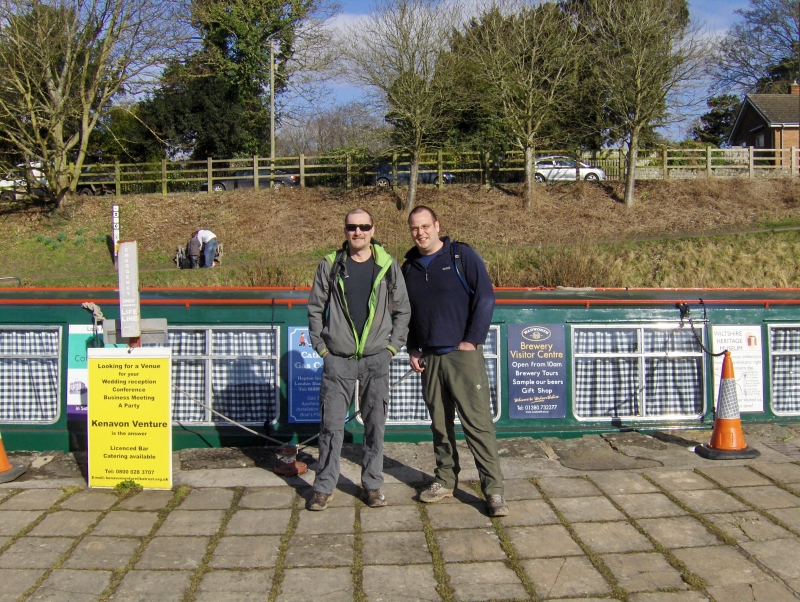 About To Cast Off 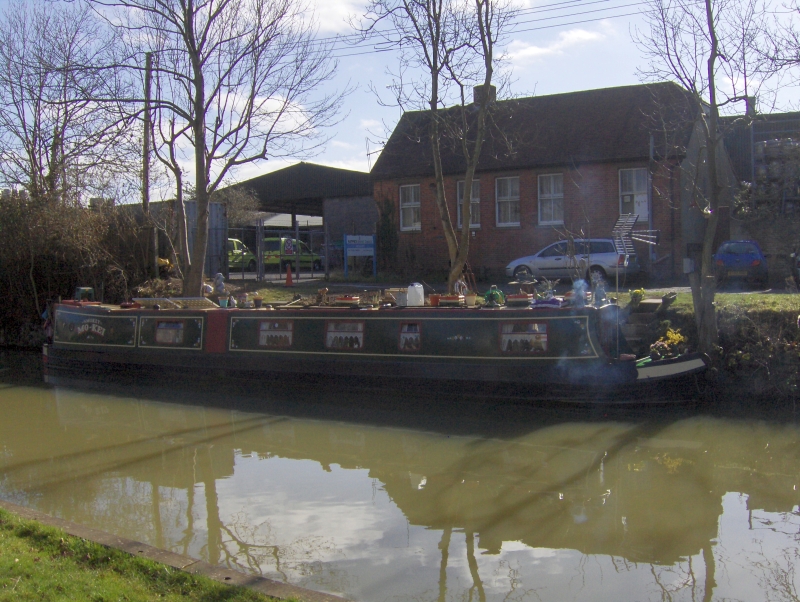 A Life On The Ocean Waves

Today saw myself, Tommo and Steve set off to Devizes for a walk along the Kennet and Avon Canal. Our adventure got off to an early start and as soon as Steve had finally finished his morning ablutions we set off to Bath by train. From Bath we were going to Devizes by bus and as this was to be my fifth bus journey ever I was filled with trepidation. As official photographer Tommo dutifully set up his camera in an attempt to capture the moment for posterity.  Once we’d caught our bus and after going round the houses for an hour we arrived in Devizes.  Without looking like tourists we headed off in the direction of our watery start. It was now 11am and Steve obviously recalling last week’s woeful walk in Wales where we went hungry he opened his rucksack and took out a huge pile of cheese sandwiches. Full up and with a thirst we crossed the canal and set off towards the pub – I mean back to Bath. 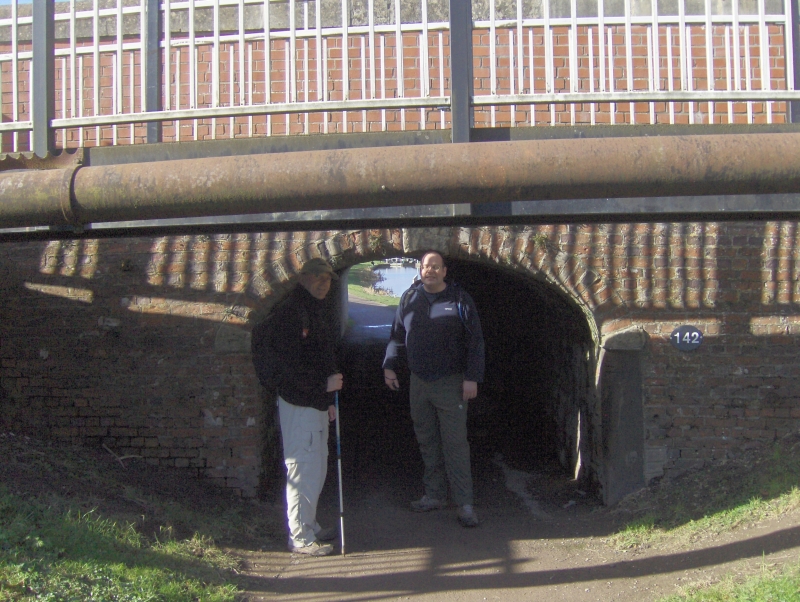 People Were Short ‘Back In The Day’ 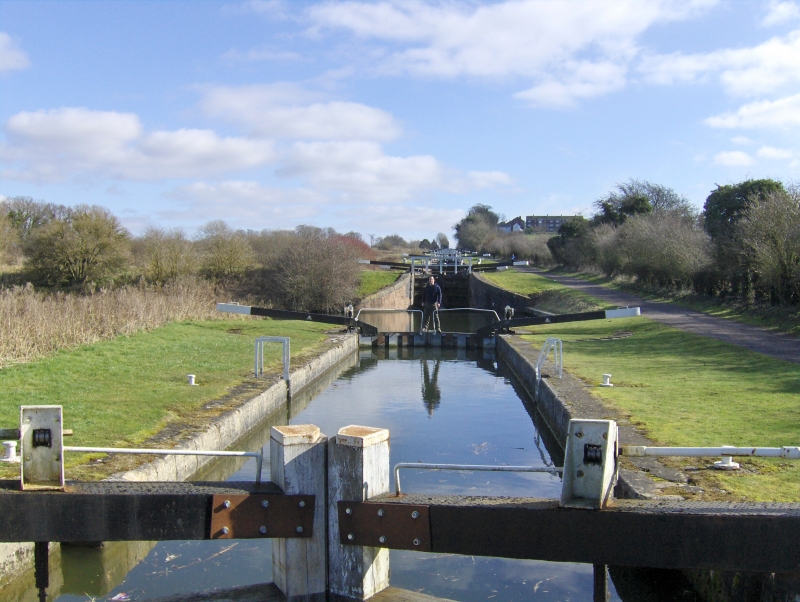 A Lot Of Locks 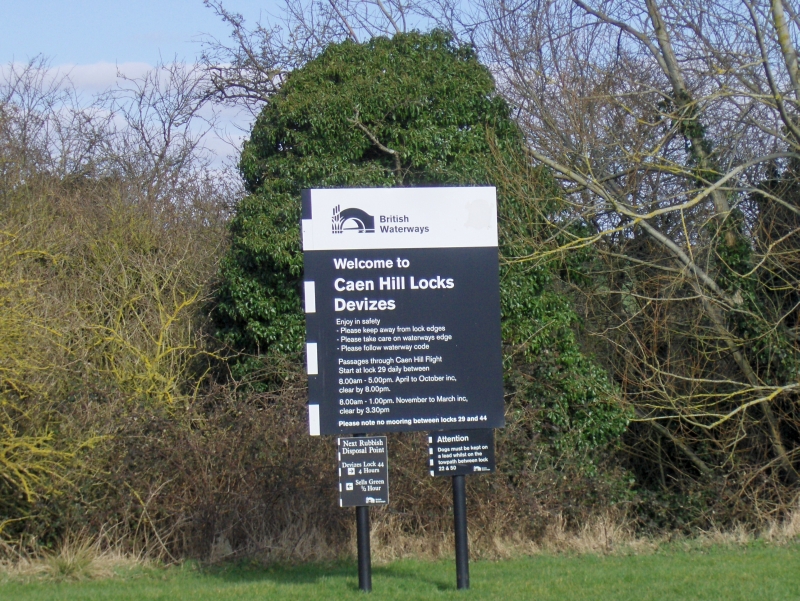 Instructions From The Man

With tales of the high seas and boating holidays we made good progress along the towpath and had soon passed the 16 impressive locks that make up the main flight at Caen Hill. Not wanting to break the rules of rambling we stopped at a predictably named pub, The Barge Inn. Here energetic Erin brought us food and beer. Actually The Barge Inn is worth a special mention. This was my second visit to it (did I mention that I’d spent a weekend on a narrow boat along this stretch of canal last year?) and like the last time, the food was exceptional. The beer was also still pretty good. 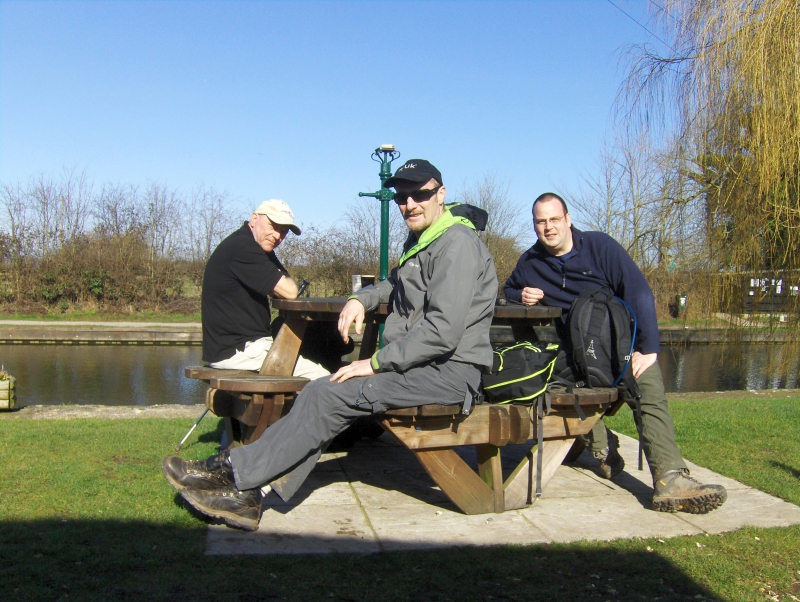 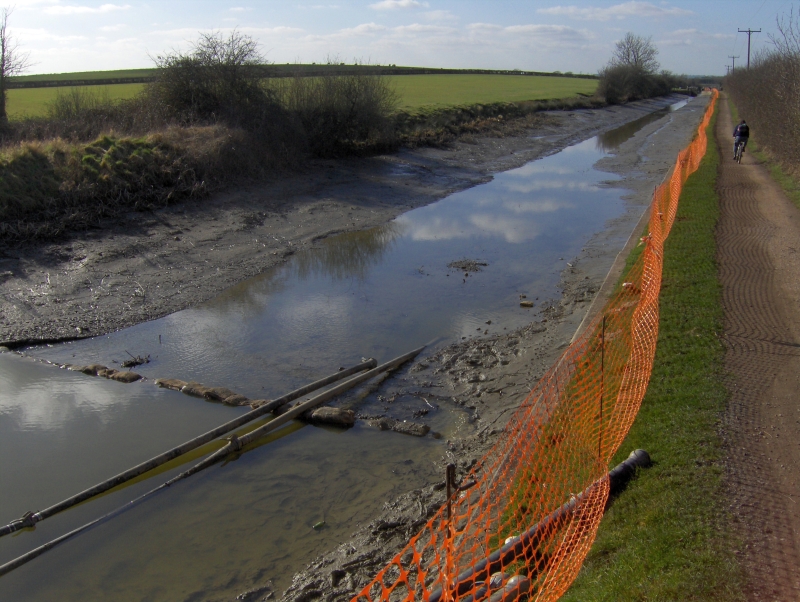 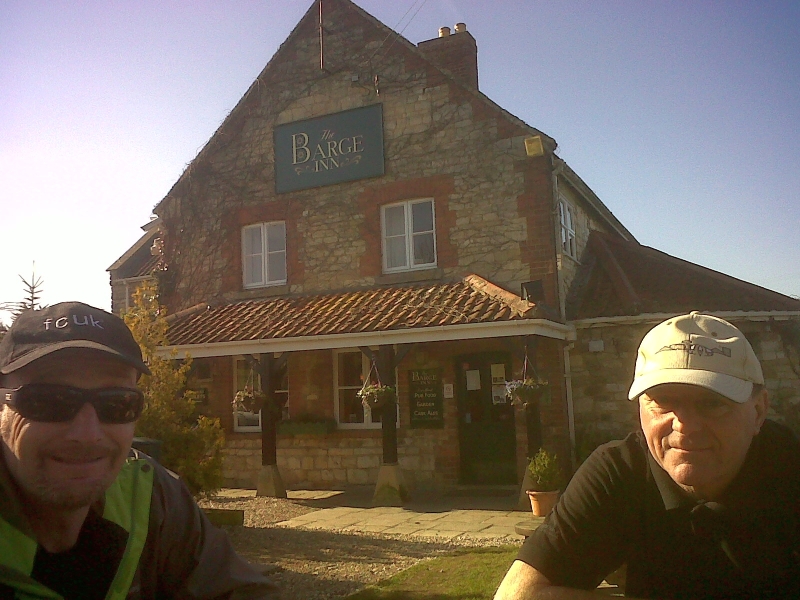 The Food Is Good Here

Steve still hadn’t mentioned the stone that Tommo had put in his boot back in Backwell. Perhaps he’d not noticed it. This enforced my feeling that Steve is a walking machine with no sensations. I gave it no more thought, and we wandered on. Along this section there were quite a few parts of the canal that had been closed and drained for maintenance. I contemplated how hard it must be to drag your narrow boat 200 yards through the mud. There may not have been many boats but there were plenty of people on bikes. Racing along they were obviously seeing how many ramblers they could make jump in the hedge by leaving it to the last second to ding their bells. Thinking about it, maybe it’s a sport? Eventually they were bound to get one that jumped the wrong way and ended up in the drink.

Thinking of drink, we rounded a corner looking for a bench to take a rest on and maybe have a quick game of DOD (date of death) when the grandest, most comfortable looking bench on the Kennet and Avon came into view. It was occupied by Kronenbourg Man. Kronenbourg Man looked proud and without doubt was no stranger to inebriation. Tommo took an instant like to the chap. Steve and I ran away. We found a railway bridge to sit on a hundred yards further on. 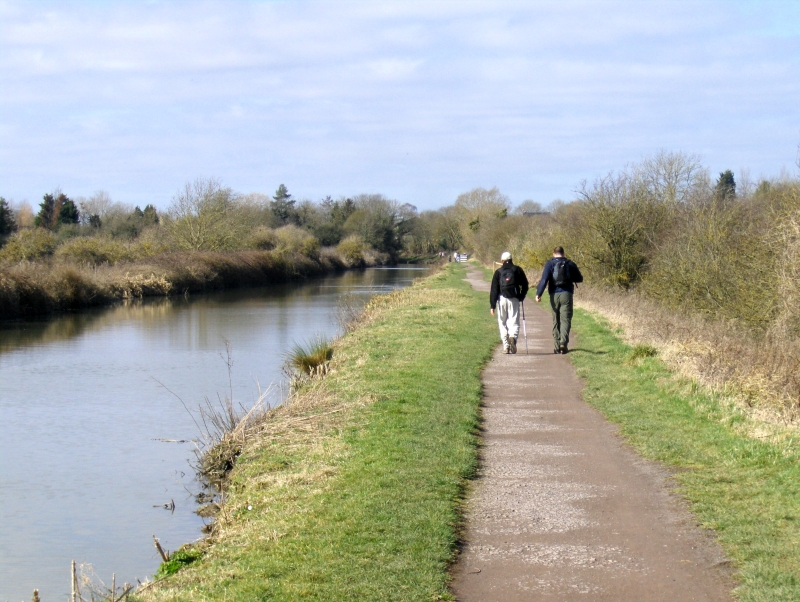 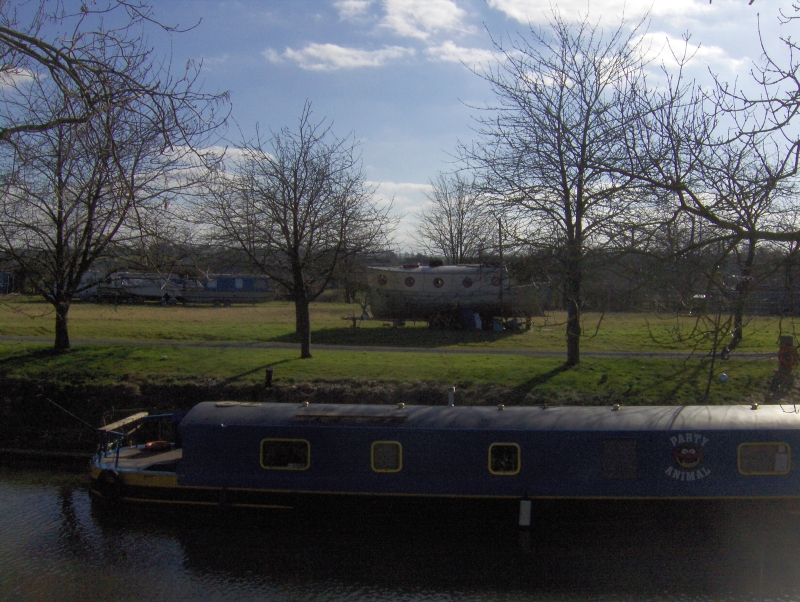 A Boat On The Banks 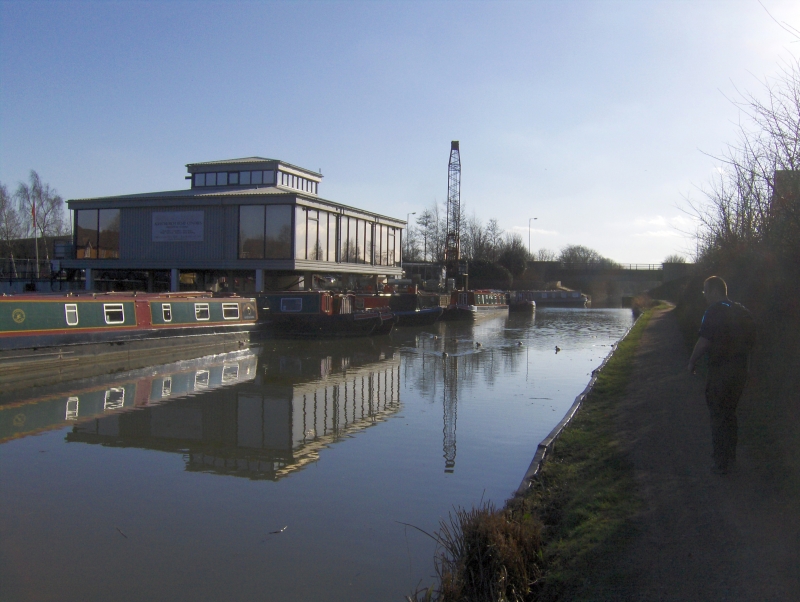 Near Bradford on Avon

A little more than half distance brought us to Bradford on Avon, and our arrival there was perfectly timed. England were about to play Wales in the Six Nations. Stopping (drinking beer) for an hour and a half is not conducive to long distance walking. Especially when you’ve got 12 miles to go. By now we’d lost the rugby and we decided that we would finish this walk another day. We called for a taxi and Dick Turpin duly arrived to take us back to Bath. Steve found the stone in his boot and we all lived happily ever after.

If you fancy doing this walk you can get my route file (.gpx) here soon. On a Saturday you need to take the X72 from outside Bath bus station – it’ll take you to Devizes in around an hour. More bus times here. Although the Kennet and Avon is beautiful, and we are very lucky to have such a feature on our doorstep, the walking is a little repetitive after you’ve seen about a hundred narrow boats.